In glaucoma testing a visual field test is performed to measure peripheral (side) vision or visual field to determine if there is damage from glaucoma. One may have glaucoma and not be aware of it. In most individuals, there is no sudden change, which signals either the onset or progression of glaucoma. As the nerve fibers in the optic nerve (the cable that transmits the visual message from the eye to the brain) are damaged in glaucoma, there is a gradual and painless loss of vision. Initially, glaucoma affects peripheral (side) vision (Figure 1). The loss often goes unnoticed. However, if untreated, glaucoma may eventually affect central vision, as well. Usually it is only with this more advanced stage of glaucoma that one can recognize loss of vision without special tests.

An example of a visual field examination, in an eye with glaucoma. This test is performed to measure peripheral (side) vision or visual field. With this test, the visual field looks like a map. Light areas are those which are seen best. Dark areas are seen poorly.

What Is A Visual Field?

The term visual field refers to the area of a scene you can see with your eyes fixed on one location. For example, while watching a stop light, you may notice a car pulling up beside you in the next lane. Your peripheral vision enables you to see the movement of the car. The visual field is quite extensive when both eyes are working properly (Figure 2), but with glaucoma, the field of view is reduced.

How Is The Visual Field Measured?


Most ophthalmologists measure the visual field using an instrument called a perimeter. To take the visual field test, you are seated with your head in a chin rest to maintain a stable position. The person giving the test will then request that you look straight ahead at a small steady light and not move your eyes.

While looking at this steady light, small white lights are flashed on and off around it (above, below, or to the side). These flashes occur one at a time. The location of the test lights corresponds to locations on the retina. The retina is the light-sensitive film, which lines the inside of the eye. All fibers in the optic nerve, including the ones, which are damaged in glaucoma, originate from the retina.

With both eyes working properly, the visual field is extensive (top), but as glaucoma worsens, the field of view can be reduced (middle) until it appears as if you are looking through a tunnel (bottom).

When a light flash is seen, you press a button, which in turn, signals a computer. A computer keeps track of your responses and adjusts the flashes by making them brighter or dimmer at each location tested in the visual field.

The purpose of the visual field test is to determine how bright a flashing light must be at each particular location in order to be seen. In every test, there will always be some flashes, which are too dim for even normal eyes to see. Results obtained from the test are compared to what is known about visual field tests in normal eyes. In general, the ability to detect these flashing lights is reduced at characteristic locations in glaucoma. In other words, the lights need to be brighter before they can be seen.

“In every test, there will always be some flashes which are too dim for even normal eyes to see.”

There are several things you can do to be sure you are giving the most accurate responses to the test:

What Does The Visual Field Test Tell Your Ophthalmologist?

This ongoing and repeated testing is very important for the proper management of your glaucoma.

In a healthy eye, the central portion of the visual field corresponds to the area of best vision. On the left, the numbers tell how bright the test lights had to be in order to be detected. Higher numbers indicate better vision. On the right, the visual field map shows the lightest areas (best vision) are in the center, with some reduction in sensitivity in the periphery, even in the normal field. The darkest area corresponds to the normal blind spot.

The glaucoma eye shown here required more light than normal in all areas of the field. The numbers on the top are lower, indicating poorer vision. The visual field map (bottom) is much darker than normal, especially in the peripheral areas.


For more information on the Visual Field, please contact the Glaucoma Assocaites of Texas at 214-360-0000. 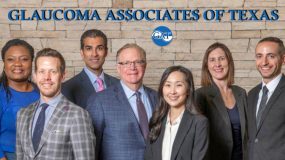 The doctors at Glaucoma Associates of Texas (GAT) are ophthalmologists specializing in the medical, laser, and surgical treatment of glaucoma and cataracts. Each of our physicians has completed a clinical glaucoma fellowship, gaining extensive … END_OF_DOCUMENT_TOKEN_TO_BE_REPLACED 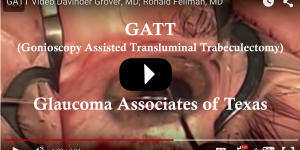 Welcome to the Glaucoma Photo Gallery and Video Gallery for Glaucoma Associates of Texas! Glaucoma Video Gallery In our first video, Dr. Davinder Grover is interviewed by Cheryl Guttman Krader of Ophthalmology Times. The article about GATT … END_OF_DOCUMENT_TOKEN_TO_BE_REPLACED 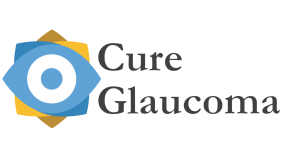 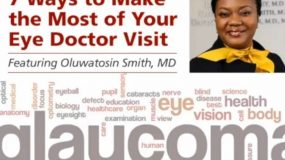